Unable To Connect With Https On EC2 With Docker-compose

I am unable to connect to my site via https though using http its working. I used docker compose and build it on the ec2 machine. So in simple way i am not uploading any image to ecs/ecr, but pushing code to github and pulling to ec2 instance. Then i run it as i do locally. Every thing work fine except that i am unable to access it via https. On aws , i have take following steps to configure https

Now i am not sure, where did i made the mistake, is the issue on docker site or on load balancer site. Though in terminal of EC2, i can see "ELB-HealthChecker/2.0" which mean the issue is not with ELB. It is with docker. This is the docker-compose file i used

Now I have no clue where the things went wrong. Looking for help 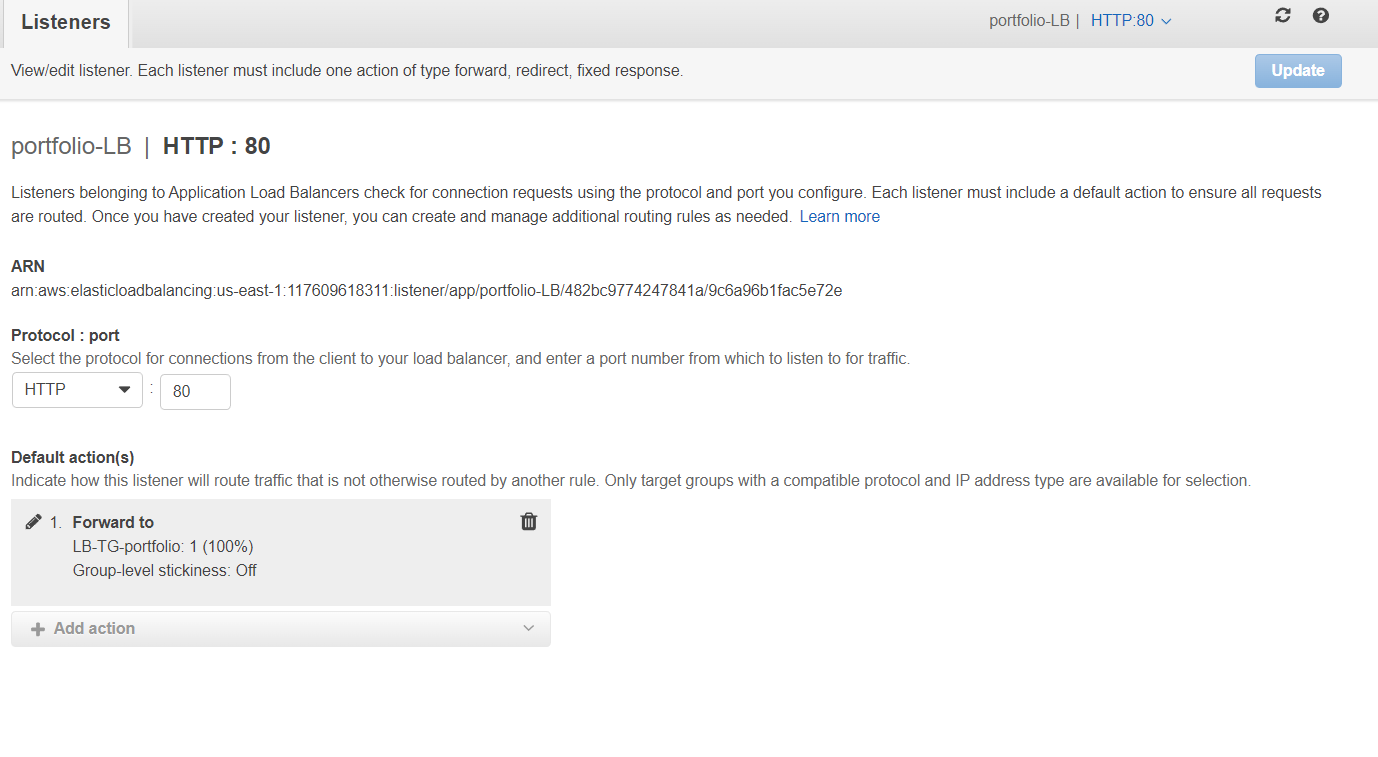 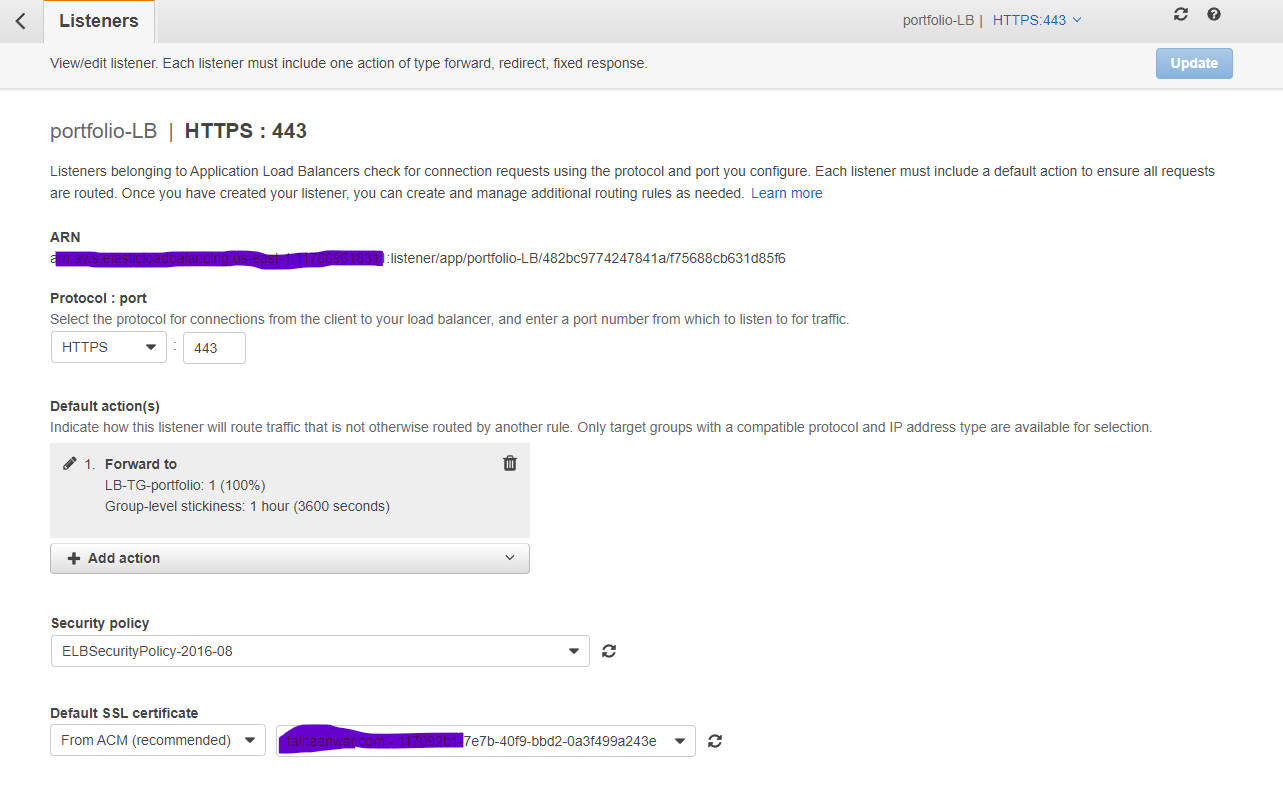 EDIT Console after ELB,
I can see ELB connected

As i am using nginx, may be there is some issue. Here is default.conf file