In short, I want to deploy my Nginx and Node.js docker image to AWS ECS. To build the infra, I'm using Terraform. However, the task running in the server keeps failling. Also I got 503 Service Temporarily Unavailable when accessing my domain bb-diner-api-https.shaungc.com.

(You can see my entire project repo here, but I'll embed links below and walk you through specific related files.)

After terraform apply it reports 15 resources created and I can see the service & task running in the ECS web portal. However, my task will always fail after awhile like below:

Because the health check always fails:

For nodejs, I have error code 137, which is caused by receiving shutdown signal. This means nodejs is not the cause - it's nginx failed too many health checks such that it terminates nodejs. For nginx, it shows no message at all after clicking in View logs in CloudWatch (I did setup awslogs in task definition). 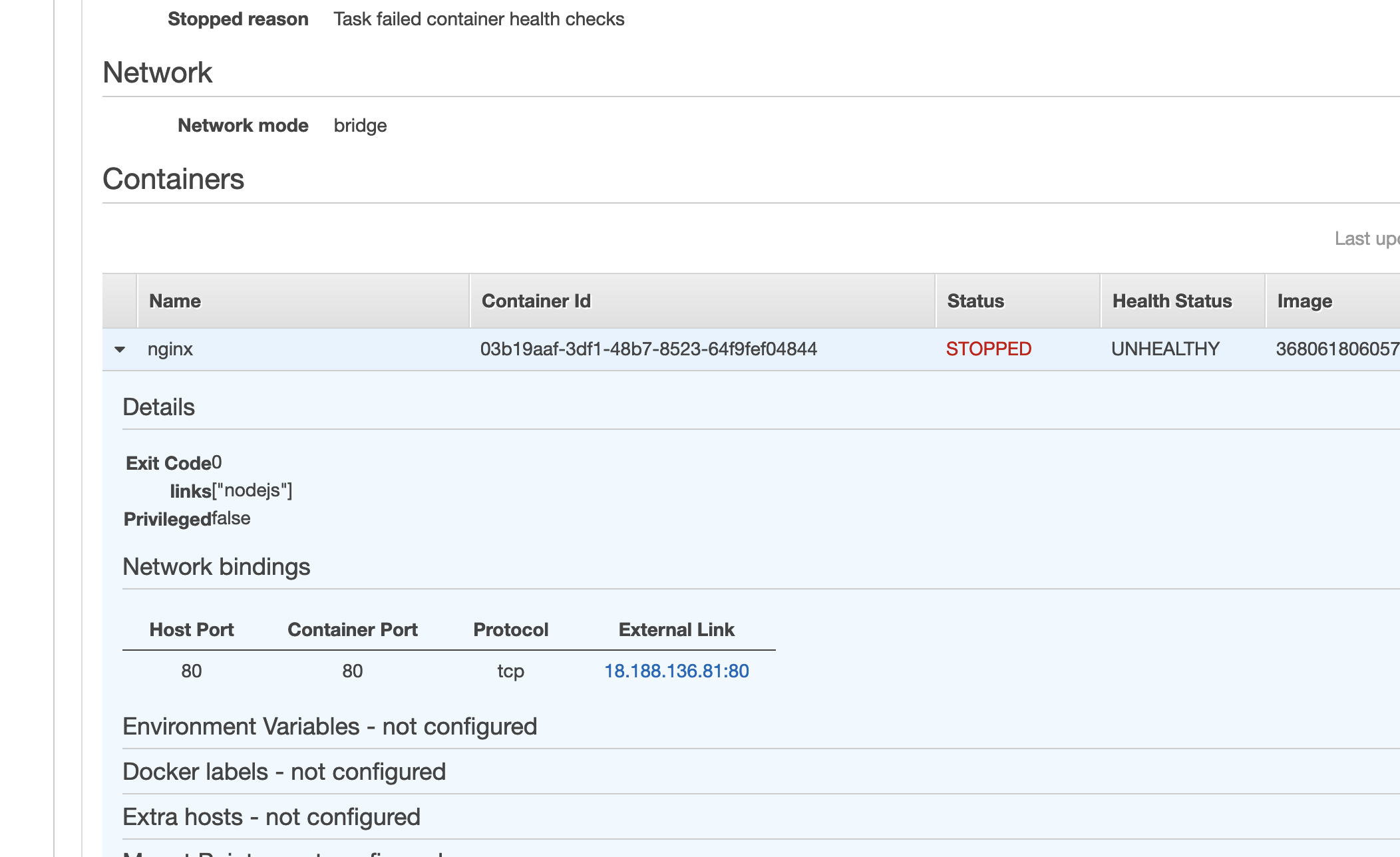 Basically I prepared a route in nginx just for health check. In task definition >container_definition (json format), I have a health check on container nginx like this: "command": ["CMD-SHELL","curl -f http://localhost/health-check || exit 1"], and in my nginx.conf I have:

So I really don't know why the task is failing health checks.

I also created an Application Load Balancer for me to link my domain name on Route 53 to it. I notice there's another place doing health check: target group and application load balancer. The check failed here too and my instance status is draining. 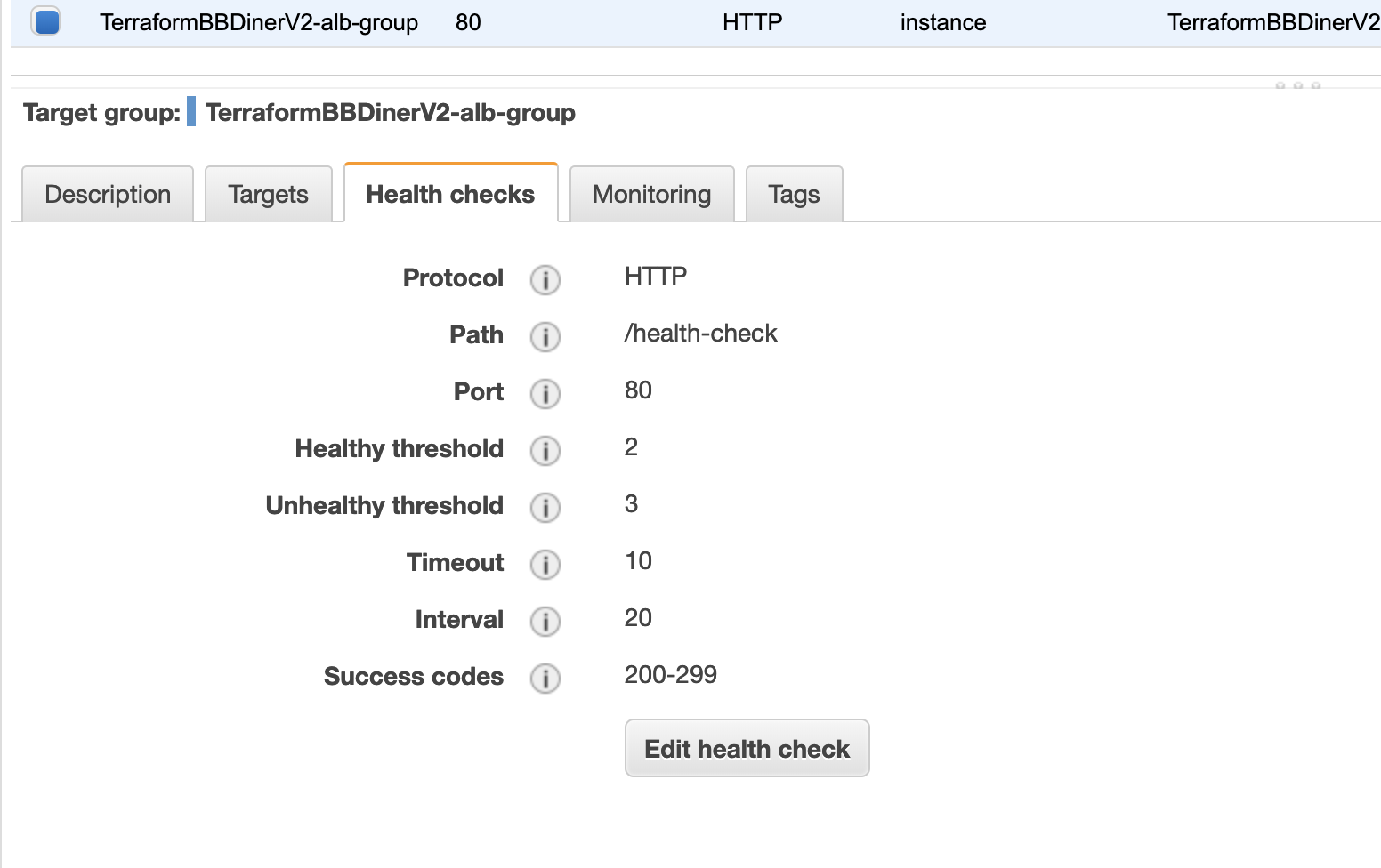 I think I opened all the possible ports.

So Why Health Check Fails & What Else is Missing?

There're a lot of articles pointing out the Nginx configuration, PORT or inbound limitation (security group/target group) on AWS can be the common causes, and I took a look at all of them. I let nginx listen to 80, set the container port as 80, allow a wide range of inbound ports in security group. What else can I be missing?

I kind of figured out by myself. While I never get the container level health check passed, I managed to fix the health check failure on application load balancer.

This really took me alot of effort and time to figure out. A small side note is that I still can't get the container level health check to work, which is defined in task definition of AWS ECS. I tried ssh into the container instance (EC2 instance), and it turns out localhost is apparently not working. Even the AWS trouble shooting page is using some ip address generated from docker inspect when testing the curl on EC2 instance directly. But then for the task definition container health check, if not checking on localhost, what should I check on? Should I run docker inspect in the health check command as well to obtain the ip address first? This problem remains unsolved, now I just give a exit 0 to bypass the health check. If anyone knows what is the correct way to configure this, feel free to share and I really want to know as well.