I want to make a HTTP POST using requests, where I upload a file and a key that must go in the HTTP Headers.

For that I've used the application Postman, where it works really fine. 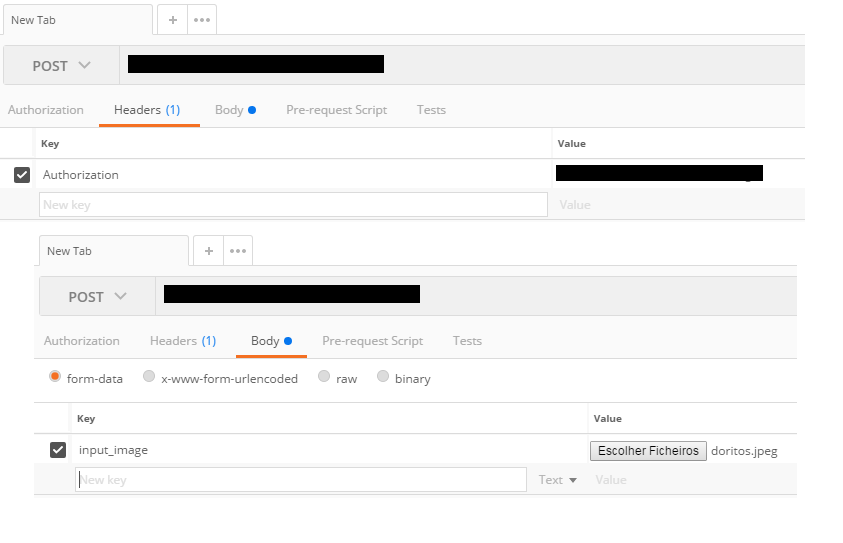 On Postman I've added only the necessary header, which is a Authorization with some key. On the body, Ive choosen form-data and then the key is an input_image, and they the image itself.

Now I want to replicate this into Python2.7, so I've chose to see the Python code on Postman, which was this one:

This simply doesn't work. It has the same behaviour as if I didn't send any image using Postman. It looks like the payload string is not being send correctly.

What is wrong with this Postman auto-generation code in order to send a HTTP POST with image upload and with header at the same time in Python?

I think Postman is doing some logic we are not really aware of. But the package requests provide a way to upload images.

According to the server you are sending the image to, the parameters name, this code might need to be slightly changed.