No Option To Create A New Team Project In VS2015

According to this article on MSDN, there should be an option for "New Team Project" under "Project and My Teams" in the Team Explorer window in Visual Studio: 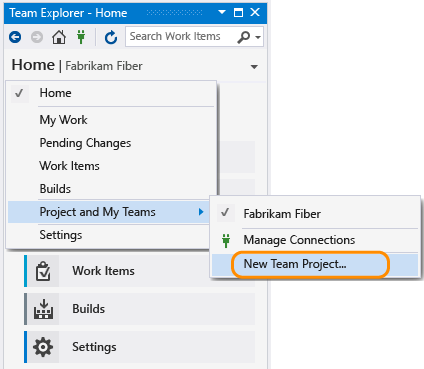 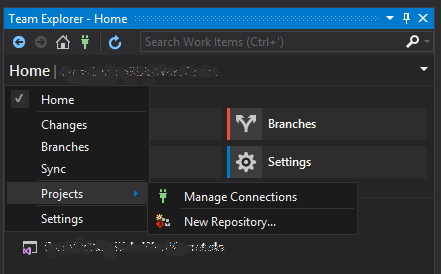 If I choose "New Repository", it prompts me to make a new local repository, which I don't want (I have one set up for the project already).

If I choose "Manage Connections, I can successfully connect to my TFS server, but it closes the solution I'm working in, and I'm trying to add that existing solution to TFS.

Is there some configuration step I may have overlooked?

It sounds like you're trying to push an existing Git repository into a new Team Project in TFS. There's no way that I'm aware of to do it in one step.

Once you have your team project created, you can add a remote to your existing repo and push it to your Team Project.