My xcode is showing two branches open at same time in source control. i want to remove one brance from that. because it was producing some uncommited changes when i switch branch. Screenshot is attached. Thanks for your help in advance. Additional details Xcoed Version : 7.1 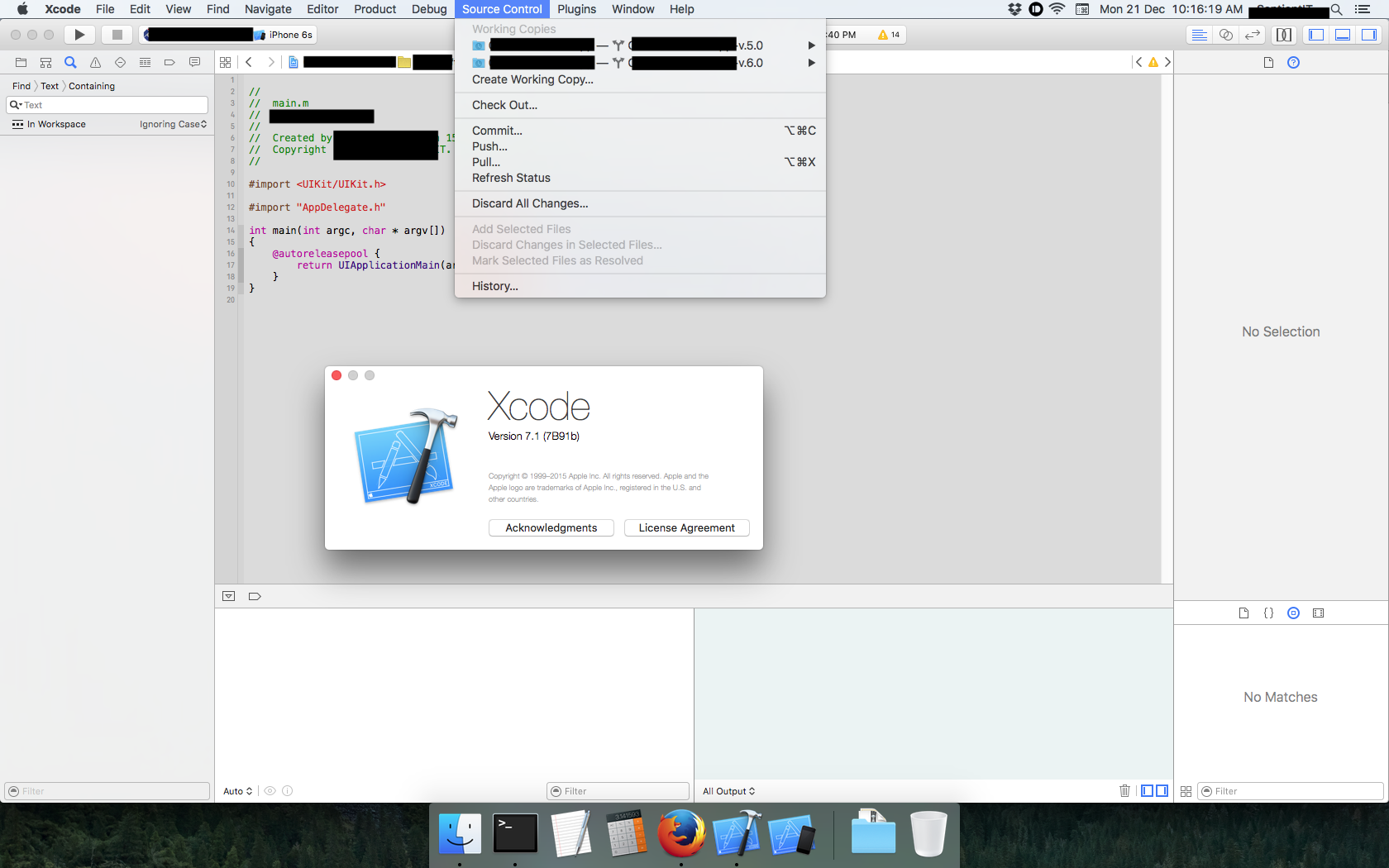 I had the same issue and found out how to remove the undesired branch under this environment : XCODE 7.3 (7D175) and use of CocoaPods generating '.xcworkspace' file.

Following the steps hereafter is the way to find and remove the branch : 1. Locate the 'MyApplication.xcworkspace' file. 2. Open this file with TextWrangler for instance (the following steps must be done in the chosen editor). 3. You should see two folders : 'xcshareddata' and 'xcuserdata'. Unfold 'xcshareddata'. 4. Select and open the 'MyApplication.xcsmblueprint' file.

Now, you should see some lines where the branch you want to remove is written. Note its ID in the 'DVTSourceControlWorkspaceBlueprintIdentifierKey' section and then select all the lines where it appears so as to delete them at the same time. These lines are located in kind of dictionaries.

Open your project in XCODE and you shouldn't see your undesired branch anymore in the 'Source Control' menu.